Ice Breaker: The story of my sprint

Retrospective icebreakers can serve more than one purpose. On one hand you are looking to break down barriers and encourage the team to communicate (which will pay dividends in the retrospective that follows the icebreaker), but you can also use the icebreaker to help people focus on what happened over the last sprint.

With this as my aim, I created an icebreaker that worked out so well, that I thought I had to share it.

The Story of My Sprint

Synopsis:
Around a table, get people working in pairs to add a story to a comic strip in order to represent the sprint (or an aspect of the sprint) that they have just completed.

After this is done, the pairs read out their comic to the group. It is important that all of the pairs are given the same comic strip so that you can appreciate the different stories that the pairings are applying to the same illustrations.

Example: Below are the results of this ice-breaker from my scrum team 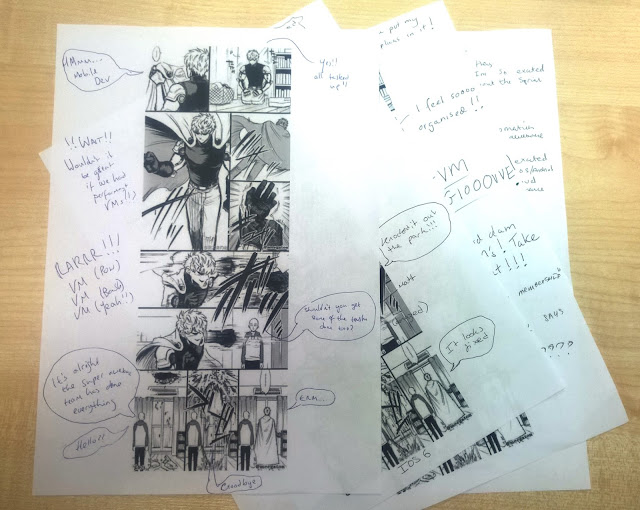 
Hopefully this pre-retrospective icebreaker works as well for you as it did for us. We found it a great way to get everyone communicating and was a fun way to remind ourselves of some of the things that happened in the sprint that may otherwise been forgotten about.

Posted by Simon Hodson at 04:04 No comments:


Re signing our ipa

I was recently in a position where we needed to re-sign an iOS app. One of my colleagues had already integrated a script into our TFS build process for handling this: github.com/huhuvipi/VH_ipa_packger However we also wanted to ensure that we will be using the same version of support libraries in our package as we have available when we do the signing, so in the loop we also copy the support files from xCode into our app too.

This had been fine until our most recent submission, where we got the following error uploading through App Store Connect:

One of the things that had changed since our last submission was the version of xCode that we were using. A review of the release notes revealed the following; XCode 10.1 now contains support for a preview of the arm64e architecture but carries the following warning:


The App Store and TestFlight don't accept submissions containing arm64e. xCode will remove arm64e content from your app when you distribute from the Organizer window. (42296212)

Because our continuous integration pipeline pulls the support files directly from xCode, we were now unwittingly packaging arm64e as part of the support files which is not supported on submissions to the store. This consequently reports the 'Invalid Swift Support' message.

more information on lipo can be found here

Now we know that we are not allowed to upload arm64e support, and that xCode would normally omit this from the release on our behalf, we can simply do the same and strip the unwanted architecture from the libraries that we are using.

We are now able to submit our app successfully as before.

When arm64e is supported we can revert back to copying the full support library or we could spin this around and explicitly declare the support we want contained within our swift support libraries.

Most importantly, we can continue signing and submitting our app. Which is nice.
Posted by Simon Hodson at 10:08 No comments:

The Continuous Delivery Maturity Matrix is a yardstick which against which you can measure your current processes. Ultimately this equates to how well you are able to deliver your projects.

Why is this a good thing? Well, once something is measurable, it is actionable.

The Matrix is split into rows (Quality Levels) and Columns (Aspects of Delivery). You should be able to give a Quality level for each Aspect based on your current development life-cycle. This can help us to understand where our weak points are, or why we may be unable to deliver consistently.


The following is an extract from a piece that I wrote in 2012.

Please take a moment, have a think about your latest project delivery, grade against the matrix, and have a think of how it could have been less painful.

Remember, when it comes to software delivery: "If it hurts. Do it more frequently".
Understand the pain and address it.

Two books that should be on your book shelf.
Continuous Delivery
Continuous Integration 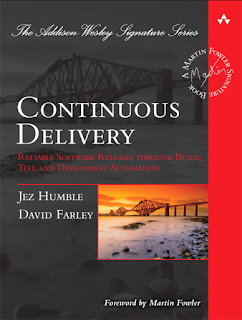 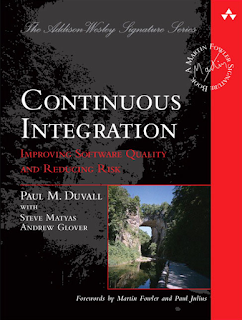 Posted by Simon Hodson at 08:00 No comments:

The other day I wanted to get the latest android SDK, but due to insufficient space on my primary drive this failed.

What follows is the process by which you can get from this situation into one where you can have as many SDKs and Android Virtual Devices as you want (as long as you have somewhere other than your primary drive to park it).

First, make sure you are fixing the right problem.

Just because our drive is too full to accommodate any more SDK artifacts or create a new AVD, that doesn't mean they themselves are to blame. So let's find out before we go any further.

Running a utilities like WinDirStat, TreeSize (etc) will quickly show you what your disk fillers are.
For me the biggest culprits were the android SDK and my AVD's (hence the blog post).

Moving the SDKs is pretty straight forwards, in your IDE you will find the settings for Xamarin, including the location of the Android SDK's.


Once done, you should see that when you open your 'SDK manager'. The being used should now be the new one that you defined in the previous step.

Let's see if we can make more room by moving those AVD files...

This variable will kick in after a restart.
You can verify that this change has been applied by Opening your AVD manager from Visual Studio and looking at the address at the top line.

Posted by Simon Hodson at 02:30 No comments:

Back in January, I was lucky enough to go to NDC in London.
http://ndc-london.com/

This was a great experience, and one that I would recommend to any of my colleagues. So, to give them an idea of what it was all about, I gave a presentation on it. This presentation, including a Q&A session, lasted for 45mins, and was designed to pass on what I learned from going to NDC. It wasn't recorded, but I'm happy to share the slideshow (link below).
http://bit.ly/1ShIbV1

It was also a nice opportunity to use Prezi

Posted by Simon Hodson at 13:48 No comments:

Send me a picture, so I can remember

Sprint retrospectives are important. This may sound like I'm stating the obvious but please make sure that you have concise retrospectives.

The big benefits of a good retrospective include
If you are organising the retrospective, your biggest job is to help people to give open feedback. You can do this by creating an environment in which they are comfortable and giving them tasks that help elicit the information as opposed to directly asking for feedback on the sprint.

The following exercise describes one of the methods for garnering feedback.

Postcards from the Sprint 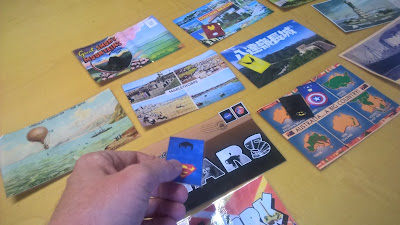 Why is this a good exercise

Retrospectives should not feel like a chore and it is not a cull-able step in the process. So keeping people engaged at this stage is important. we've managed it all sprint and by Jove we'll keep them engaged in the retrospectives too!!

* How to make a postcard: Find a royalty free picture, resize it, print it, cut it out, laminate it.
** How to make a token: (see 'How to make a postcard' above).
*** Not a person: We want to disassociate any feeling of singling out, identifying or alienating individuals when eliciting unbiased feedback, hence the tokens.
Posted by Simon Hodson at 01:09 No comments:

Recently I've needed to upgrade an application to use 4.0.3 of the .Net Framework. The upshot of this was that the application was no longer XP compatible.


Not a valid win32 application

This was un-expected, there isn't a compatibility issue with XP and this version of the framework. However, upon inspection, the compiler had marked the application as being for Vista OS onwards. Explicitly set this to XP and the application is once more a valid win32 application.

This is how it was done.


DumpBin
You can use DUMPBIN to examine COFF object files, standard libraries of COFF objects, executable files, and dynamic-link libraries (DLLs). You can start this tool only from the Visual Studio command prompt. You cannot start it from a system command prompt or from File Explorer.
https://msdn.microsoft.com/en-us/library/c1h23y6c.aspx

EditBin
You can use EDITBIN to modify object files, executable files, and dynamic-link libraries (DLL). You can start this tool only from the Visual Studio command prompt. You cannot start it from a system command prompt or from File Explorer.
https://msdn.microsoft.com/en-us/library/xd3shwhf.aspx

Posted by Simon Hodson at 06:47 No comments: