Implementing a KanBan board

Sometimes you find yourself in a situation where the ideal tool for doing a job is unavailable. If you are working with TFS 2010 in an Agile team, then you may find yourself in this situation; you want for the means to visualize the ALM progress of tasks, but there's no integrated KanBan board. Here are a few solutions you could take:

A cheap but viable option, the big downside is that it is not an integrated solution. Either you will have to declare that the post-its themselves represent the definitive 'scope of work' or you will need to create a manual step of updating the tasks in TFS with the progress of tickets on the board. 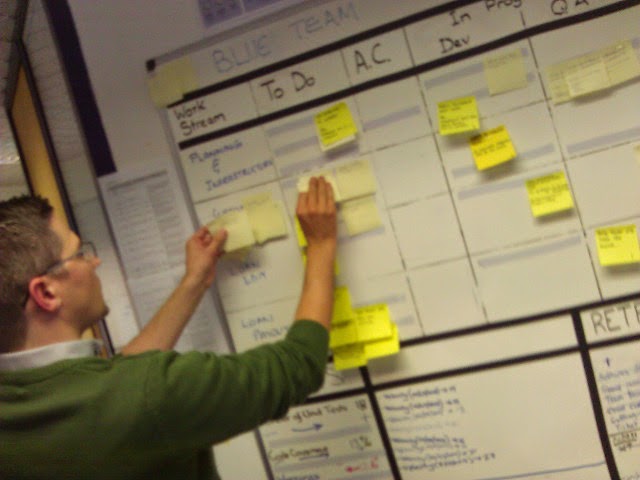 From the 2012 release onwards we saw some great new features in TFS's Application Lifecycle Management including the introduction of KanBan visualisation. Users (including the Project Manager) can access the TFS web task viewer, and even access stats and reports about the state of the project, including the points burn down, build success over time, number of bugs and items in the product and the sprint backlog. A big bonus here is that the task board can be directly updated by the user (as easily as moving a physical ticket). 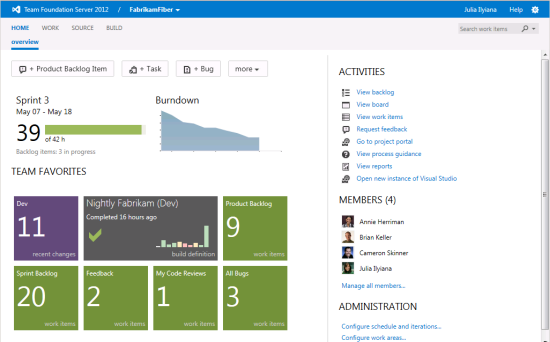 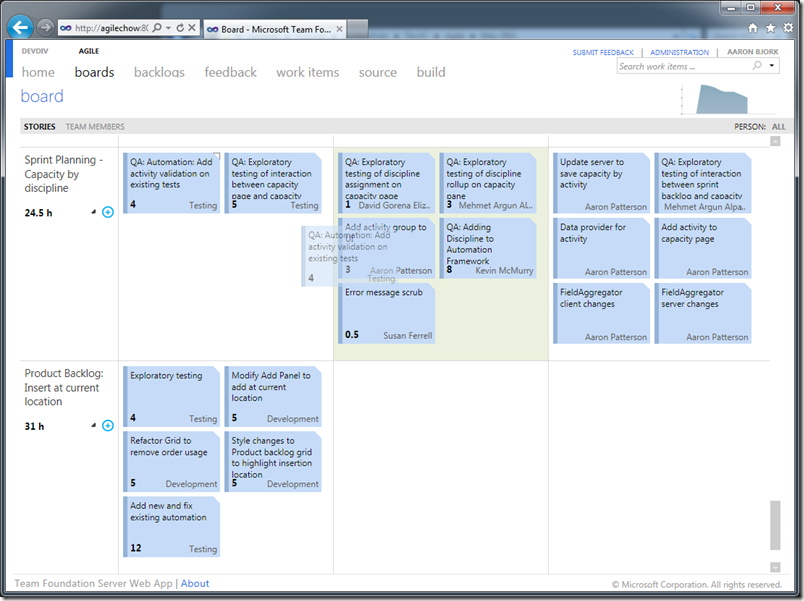 You could introduce a third Party TFS data visualisation tool (or roll your own). We've used VisualWIP [http://visualwip.codeplex.com/] to enable us to configure a report to pull from a set of TFS queries. At the start of our projects we created a set of TFS Work Item Queries to represent each column of data that we want the report to the display. As tickets get created and their state changes the tickets location on the report updates to reflect the current state of tickets in TFS.

We had previously used the Post-It note option, to help people get up to speed with the concepts of sprints and continuous delivery. Once people became engaged with the task boards (it is easier to get initial engagement with something more tactile than a monitor), we looked to migrate the ticket management to TFS. As we did not have the option of upgrading to TFS 2012+ we chose the most integrated solution possible to us. We now display our KanBan on a reporting monitor where our project team works, enabling everyone to be aware of the flow of tasks through the team from sprint backlog to feature completion. We also have a screen for build notifications but that's a whole new blog post.
Posted by Simon Hodson at 15:58